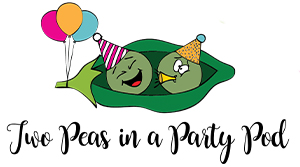 Mother’s Day.  A day to celebrate all moms to let them know how special they truly are to us.  This day was created by Anna Jarvis in 1908.  Mother’s Day became an official U.S. holiday in 1914.  Anna conceived of Mother’s Day after the death of her own mother, Ann Reeves Jarvis.

In 1868, Ann Reeves Jarvis, organized a committee to establish a “Mother’s Friendship Day”, the purpose of which was “to reunite families that had been divided during the Civil War.” Ann Jarvis, who had previously organized Mother’s Day Work Clubs to improve sanitation and health for both Union and Confederate encampments undergoing a typhoid outbreak, wanted to expand these into an annual memorial for mothers, but she died in 1905 before the annual celebration was established.  Her daughter, Anna, would continue her mother’s efforts.

Stumped for gift ideas?  Check out a few ideas below:

This site uses Akismet to reduce spam. Learn how your comment data is processed.

Even during the pandemic, you can still do somethi

Calling all Friends and coffee lovers! Get your ow

Yes. Sometimes we do make shirts for things we rea

Launching this week...new gift bundles! Here is a

Crafting is a form of magic, right? Sign me up for

Hey Parks and Rec fans! We have some shirts availa

Sorry in advance for turning down the invite. Our

Coming in hot with all the orders! Filling a lot o

We apologize in advance for the posts we create wh

We have a new listing for Christmas drinkware on o

It’s that time of year! Well, more like everyday

Almost all of the crafts you see…

With the graduation season coming up, it…

Mother’s Day.  A day to celebrate all…

That’s right….February 14th is right around the…